It is important to remember that these are the typical locations of stop taps but every property will have a different layout and combination of stop taps. The path that the water main takes through your property is often called the run of the pipe.

The water main to your property probably would have been laid/installed at the time the property was built. Typically, it runs in a straight line from the EST (external stop tap) to the IST (internal stop tap) however this is not always the case. With some water mains zigzagging across the property before joining the stop taps. In certain situations, external stop taps may be shared across several properties resulting in multiple buildings sharing one supply, often called a shared water main.

A water leak can happen anywhere along the water main, on some occasions the leak may be present underneath the property. In these situations it is common to consider rerouting the water mains. Re-routing the water main requires diverting the pipework from its original path – this is often done as this is the less disruptive and more certain option.

There are many reasons why a water main might be re-routed:

In every situation where possible Below Ground Solutions will use a method of re-routing called moling, to limit the amount of disruption caused by the works. 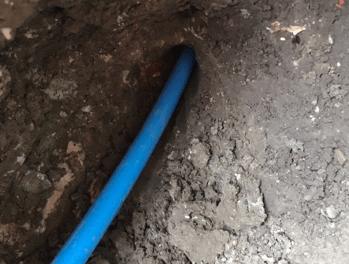 Water mains leak in Braunton, found and fixed in 2 hours 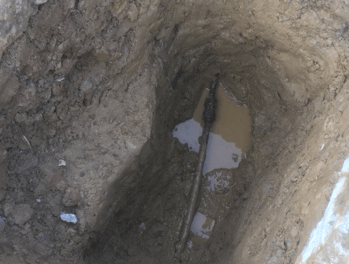 Over the weekend a customer contacted us on our... 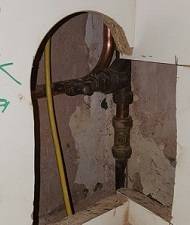 Soon after Christmas in 2016 we received an urgent... 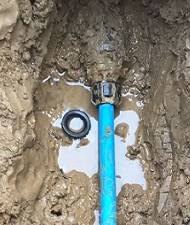